A couple of years ago, the United Nations Office on Drug and Crime published an article about how economic crisis can trigger a rise in crime. You can read the article here: http://www.unodc.org/unodc/en/frontpage/2012/February/economic-crises-can-trigger-rise-in-crime.html
While this is true, itís not just economic crisis that causes crime to increase. Any crisis from racial riots to even natural disasters can cause a spike in crime. Thereís 2 reasons for this.
Firstly, law enforcement has its hands full dealing with the crisis and has to mobilize its officers to be first responders to possible casualties. So, thereís less emphasis on patrolling. Criminals grab this opportunity to go on crime sprees.
Secondly, when a crisis strikes and people are desperate, theyíll resort to violence to meet their needs. Either way, as a prepper, you must be aware that the stakes have gone up.
In this article, weíll look at 3 crimes that can occur when thereís a crisis. While these crimes definitely occur during peaceful times too, there is an increased incidence of such incidents when law and order collapses. 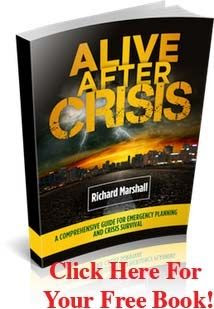 Running Out of Toilet Paper? You NEED to Read This!

Useful Survival Gear That Every Prepper Should Pack

9 Tips to Stay Safe During the Coronavirus Pandemic

Understanding Hygiene and Sanitation During a Crisis

What to Do If You Are Held Hostage

Self-Defense: Discover Why Your Actions in the First 30 Seconds Will Save Your Life

How to Safeguard Your Valuables in Times of Crisis

YOU WON A RANGE BAG!